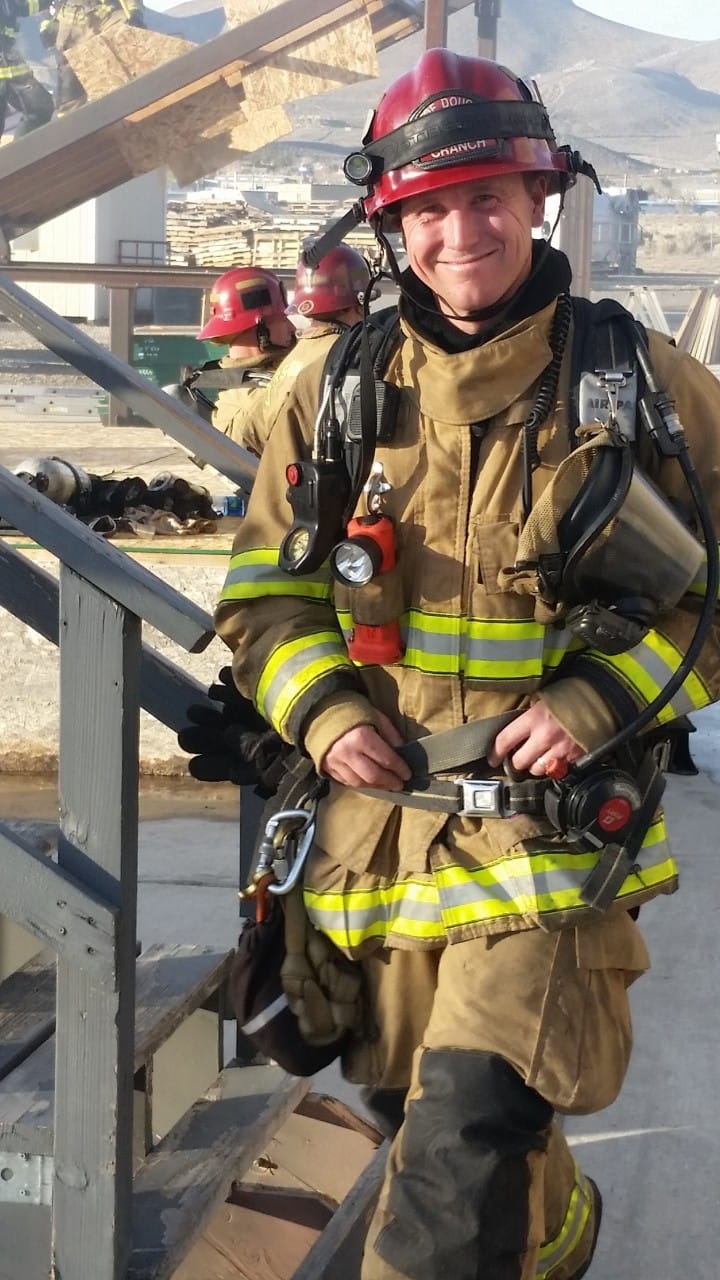 Captain Bryce Cranch has been promoted to the position of Battalion Chief, filling the vacancy left by retiring BC, Rich Nalder.

Bryce has been with the District for 13 years, promoting through the ranks of Firefighter/Paramedic, Engineer, and Captain. He has built experience by serving on special projects like the engine design team, working closely with our vendor and mechanic negotiating features, pricing, and delivery of the engine ahead of schedule and under budget. He has also been active with the EMS program as a paramedic preceptor and instructor, proctoring skills tests and streamlining our continuing education process.

Under his leadership, the District public education program has expanded with partner agencies and developed an excellent working relationship with our educators. With this responsibility, Bryce proved he can serve effectively in virtually any public education event. In 2011, Bryce's professionalism, compassion, and dedication to this community were acknowledged by the Tahoe-Douglas Rotary through their Community Hero Award.

In 2013, Bryce served as a Training Captain, which is a position designed to aid in coordinating the training efforts for 12 firefighters who were hired through SAFER grant funding. Bryce was placed in a leadership role at the Regional Fire Academy, responsible for the administrative functions of the 29 cadet academy. Following the successful academy, he was tasked with developing a curriculum for TDFPD's first Engineer Academy and Captain Academy that would provide consistent information and training opportunities for our firefighters. He took the lead in the subsequent Engineer and Captain tests developing locations, scenarios, score sheets, drill narratives, and scripts and coordinating resources.

He has developed and maintained excellent inter-agency relationships through his work with the Regional Fire Academy, his involvement with promotional testing at other agencies, and his strike team assignments out of district to aid our neighbors.

Bryce is committed to teaching and mentoring others, leading by example, and maintaining a positive and professional attitude in even the most challenging, chaotic, and emotional situations.

He has earned a BS in Business Administration from SDSU, attended paramedic school with TMCC, and obtained an AAS in Fire Science from Columbia Southern University. As a homeowner in the fire district and an active community volunteer, Bryce has become well known among our resident community.

Chief Cranch has assumed responsibilities for B Shift and the duties of EMS chief. We are proud and honored to serve our community with him.

By accepting you will be accessing a service provided by a third-party external to http://tahoefire.org/