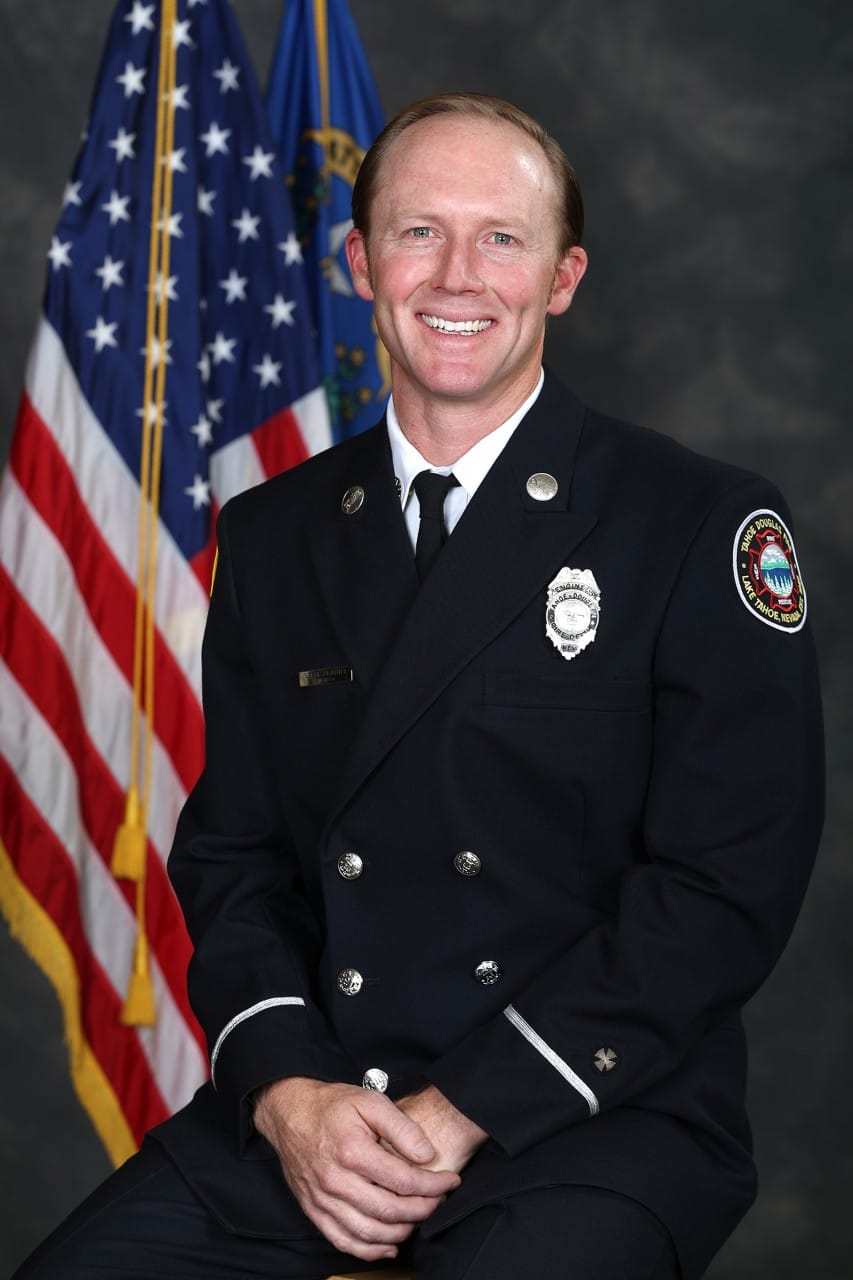 Engineer Steve Prather has been promoted to the position of Captain.

Steve has been instrumental in updating the Engineer manual, and has organized, assisted, and instructed two fire academy programs.  As an Engineer, Steve took the lead on the driving and pre-trip portions of the Engineer exam and obtained “third party certifier” status with the NV DMV for testing personnel. He has actively been involved with creating the Probationary Firefighter and Engineer taskbooks, thus improving the consistency and quality of probationary and promotional applicants. He has served as an Acting Captain since 2013 and worked diligently on the District’s overtime tracking system.

Steve graduated from Douglas High School, attended classes at UNR and TMCC; began his career with the City of Upland as a firefighter technician, and joined the District in 2006.  Steve has an AA in Fire Science from Mt. San Antonio College, obtained his paramedic certification from Crafton Hills College, and has a BA in Disaster and Emergency Management.

Captain Prather will be assigned to C-Shift. 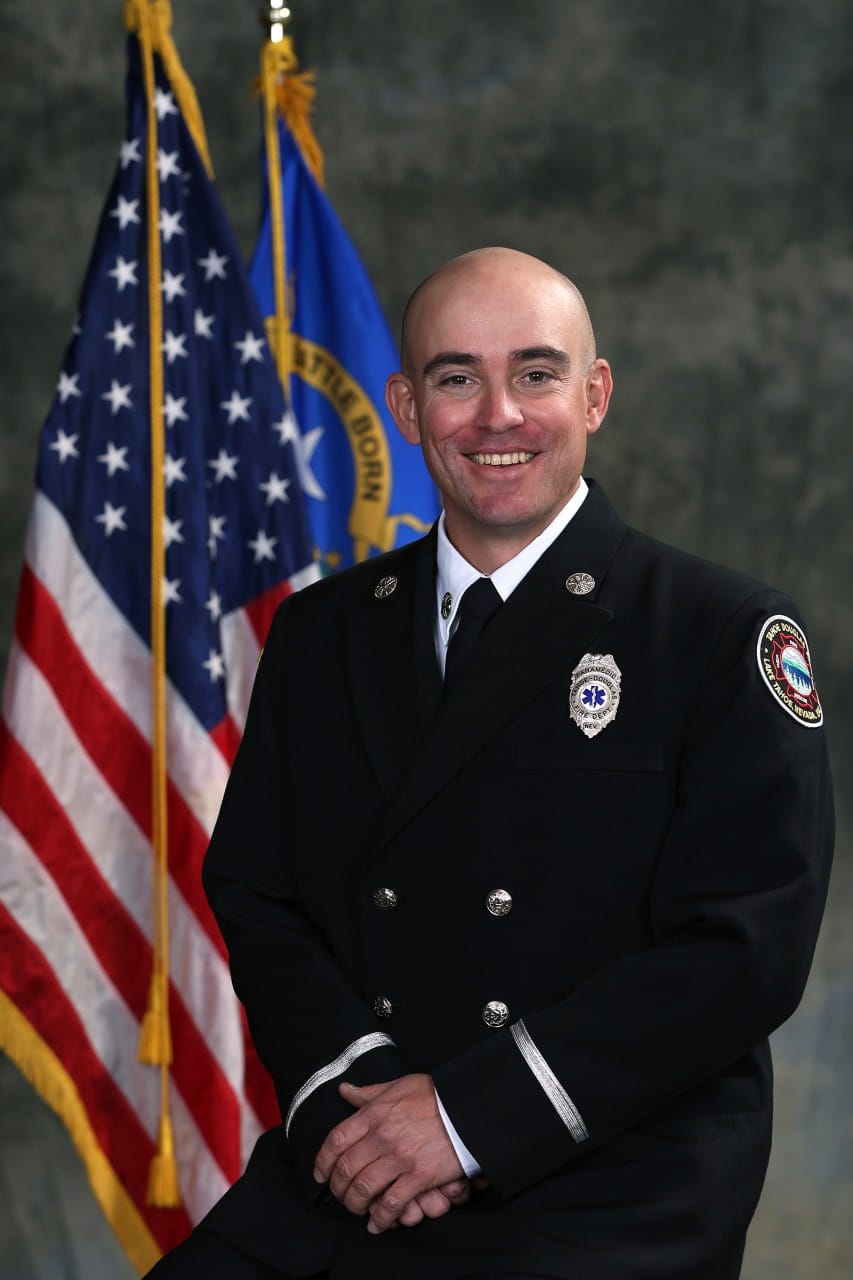 Firefighter/Paramedic Nick Robidart has been promoted to rank of Engineer, to fill the opening left by Captain Prather.

Nick was hired at Tahoe Douglas FPD in 2013 as a member of the first SAFER grant award, a class of thirteen new hires.  He has represented Tahoe Douglas FPD in the region as a single resource and as part of a strike team on numerous wildland fire assignments in the past five years.   He has also been active with public education programs in the district and has been working towards his AA in Fire Science.  Since the beginning of his employment with TDFPD, Nick has volunteered to assist in every promotional exam for the ranks of Engineer and Captain. These extra assignments gave him insight as to the expectations and desired skill levels that must be demonstrated for promotions.

Nick has a BA in International Relations from UC Santa Barbara with Spanish as a second language. He completed his EMT-B training at LTCC and attended NCTI of Roseville for paramedic school, ranking third in his class.

By accepting you will be accessing a service provided by a third-party external to http://tahoefire.org/