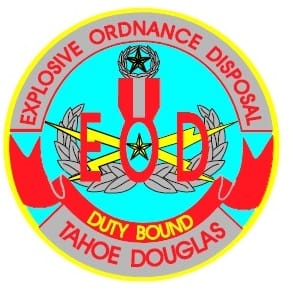 Tahoe Douglas Bomb Squad provides service to the citizens and businesses of Douglas County, Nevada. Additionally, service by contract is provided to the cities of Carson City, Nevada and South Lake Tahoe, California as well as to the Nevada State Legislature and the Nevada Capitol Police.  Requests for service in areas out of our jurisdiction are approved through Bomb Squad Administration.

EOD response is a joint effort with the Douglas County Sheriff’s Office and members of the Bomb Squad are affiliated with either the sheriff's office or the fire district.  There are currently four personnel from the Tahoe Douglas Fire District and two personnel from the Douglas County Sheriff’s Office for a total of six certified hazardous device technicians assigned to the Bomb Squad. The squad members have a wide range of professional experience that includes firefighting, emergency medicine, hazardous materials, tactical breaching, and criminal investigation in addition to their explosive related training. 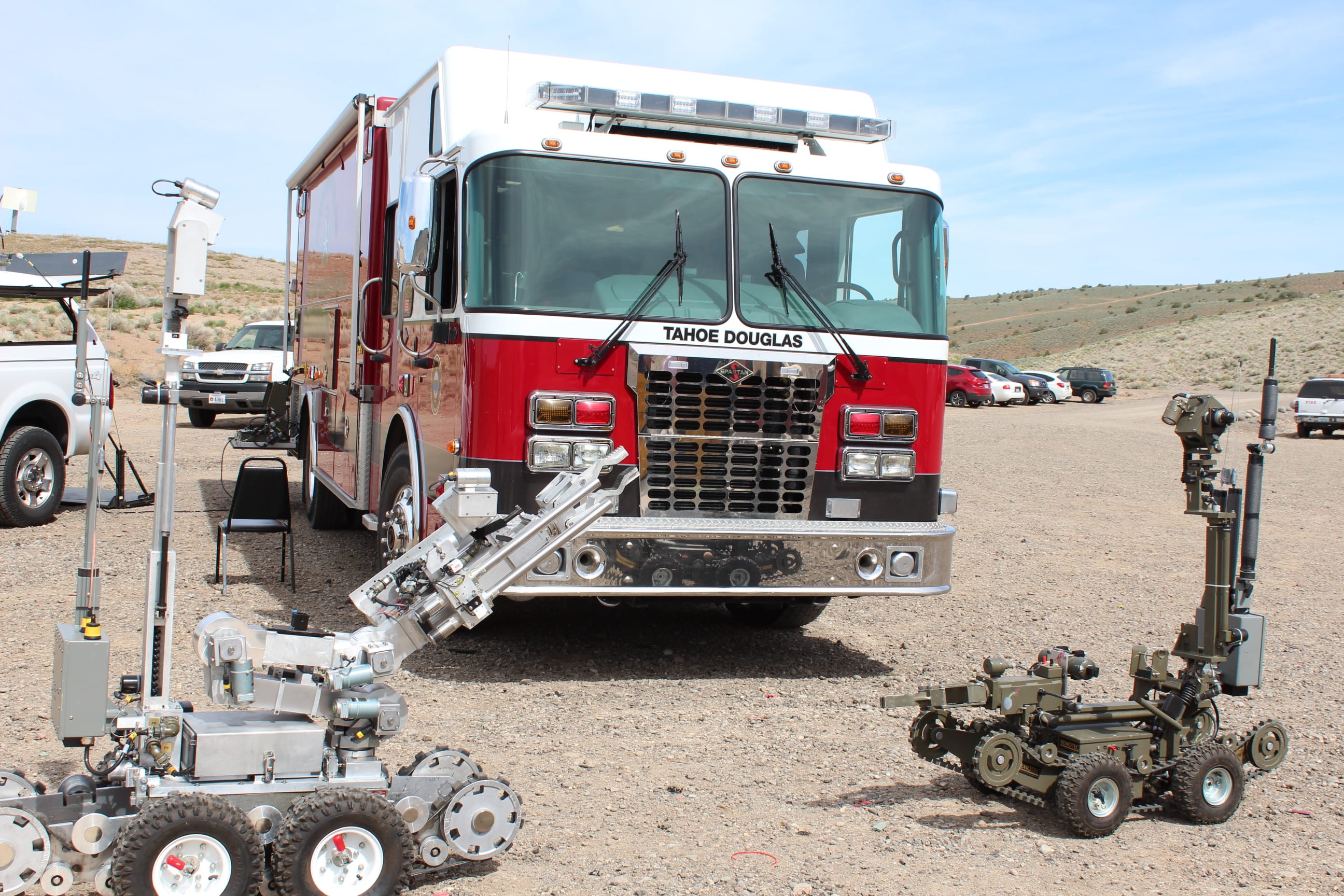 The Tahoe Douglas Bomb Squad continues to be an active participant in the Northern Nevada Bomb Technicians Task Force. This is a joint effort with the Consolidated Bomb Squad in Reno, the Elko Bomb Squad, Placer County Sheriff’s Office, the Bureau of Alcohol, Tobacco, Firearms and Explosives, and the FBI.

The Northern Nevada Bomb Technicians Task Force remains only the second task force of this type in the nation that consists of only bomb technicians. The task force trains one day each month with the member squads alternating hosting the training topics and location. This training is in addition to the in-house and annual training required to maintain FBI Bomb Squad accreditation. In addition to the increased and varied training the task force provides, membership also affords us the opportunity to participate in large events and incidents out of our immediate response area. Lessons learned on those incidents are invaluable and can be applied to those situations that occur in our own jurisdiction. 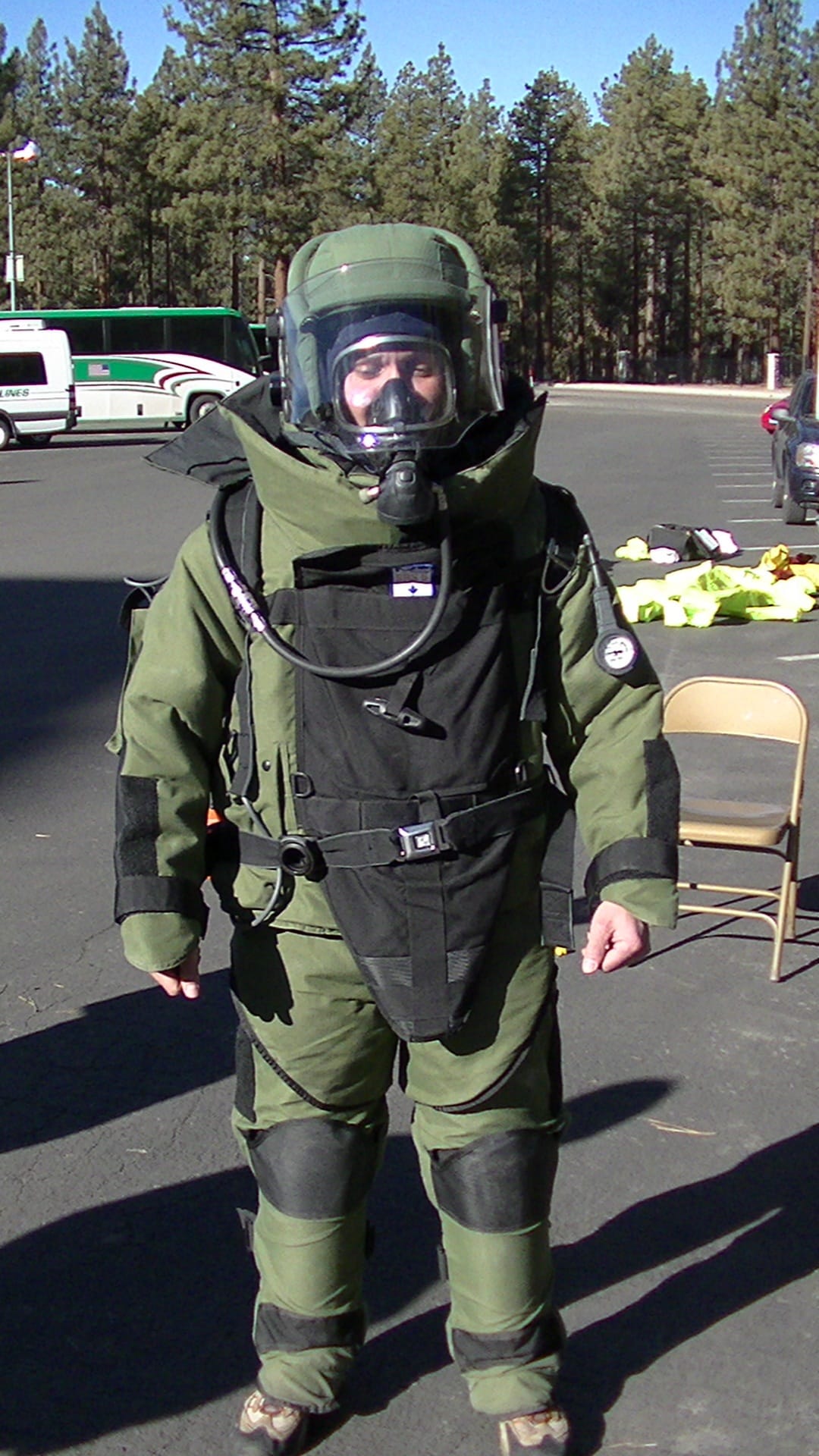 All Tahoe Douglas Bomb Technicians complete a six-week basic course of instruction provided by the Federal Bureau of Investigation at Redstone Arsenal in Huntsville, Alabama. Upon successful completion of this course, new technicians are certified to analyze and render safe a variety of hazardous devices and upon return to the squad are assigned with senior technicians for further training, observation, and evaluation. All certified bomb technicians have received an additional 40 hours of training in render safe procedures for weapons of mass destruction (devices that disseminate a chemical or biological agent for example).  Advanced training in render safe procedures, improvised explosive devices, and post blast investigation are provided through classes from various government agencies that include ATF, FBI, and all branches of the U.S. military service. In order to maintain certification, annual training for technicians also includes 16 hours of monthly in-house training and an additional 40 hours received from an outside source. All new personnel selected to attend the Hazardous Devices School Basic class must also meet the training requirements for CFR 1910.120 Hazardous Materials Technician as a prerequisite for acceptance into the school. 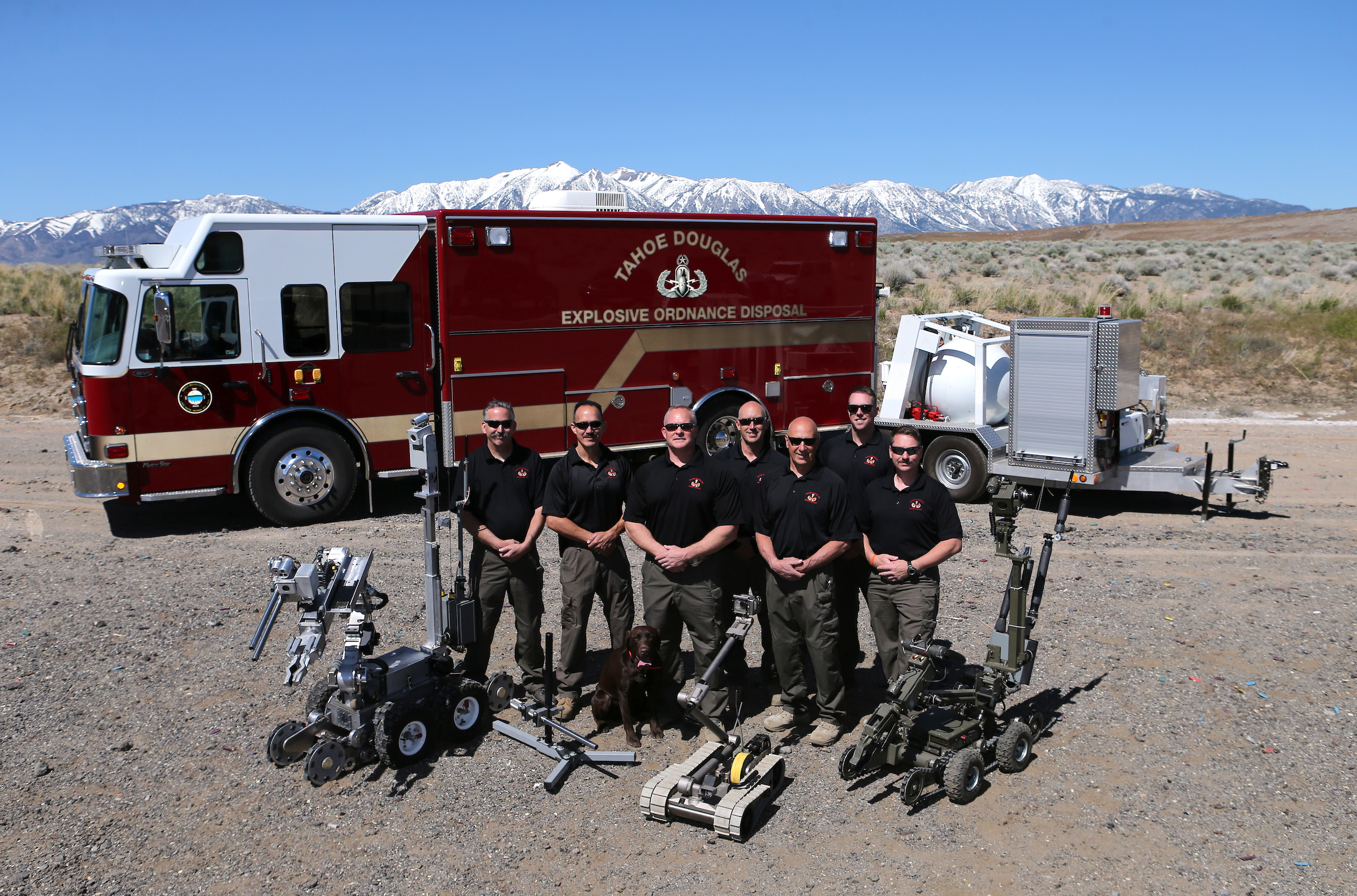 The Tahoe Douglas Bomb Squad is widely recognized for teaching bomb threat awareness and public safety programs to government agencies and the general public throughout the nation and abroad. The squad also assists agencies and businesses in developing emergency response plans for bomb threats, bombing incidents, and other related matters.

Please email questions relating to the Tahoe Douglas Bomb Squad or services we provide to This email address is being protected from spambots. You need JavaScript enabled to view it..